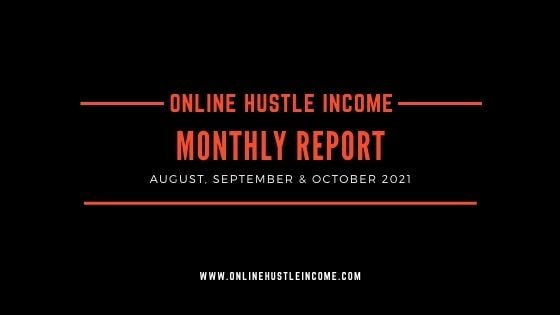 It gets kind of ridiculous to call this a monthly report as often times I skip some months. But either way, I should devote a little more time to update these case study results and my goal is still to have this report published on a monthly basis.

Last few months have been really busy with freelance client work. I’m happy with the money this work gives me but it just makes it really hard to combine it with all the sites in my portfolio. Up until the point that most of the sites have been neglected while these could have been making some decent money as well. On top of that, I have spent some time in Lisbon, Portugal and well, I worked a bit less when I was there obviously.

I noticed that some of my sites got hit with an algo update from Google but I feel like I lack the time to try to fix that. So I decided not to put any more effort into those other websites and just focus on the freelance client work and 1 other site. That 1 other site would be project alpha because I still believe in the potential it has.

Over the last couple of months, I have been able to set up some things for project alpha that should make the site grow significantly in the next year.

As said in the introduction, I have been doing quite some work for Project Alpha but it just doesn’t reflect on the frontpage just yet. I decided to really focus on this project, use quite some money I made with freelance client work to outsource more,…

So some of the things that have been done in the last few months:

There’s probably more things that have been done but these are the most important ones. So there is definitely progress on the backend and once we can start publishing all the new content that is being written now, I expect to make some huge jumps in terms of traffic and earnings.

Needless to say that I’m investing quite some money into this project. In the last 3 months I probably have invested something around € 3.000 – € 5.000 on content, tools,… and I expect to invest at least € 10.000 in the next 3 months. For that money, you can get a huge load of articles and the goal is to publish 2 articles/day during the first 3 months of 2022. That’s 180 articles in total and should give a nice traffic & earnings jump.

But in the meantime, let’s dive into some numbers;

I haven’t put much effort in the linkbuilding part. I bought a few guest posts but that’s about it. As you can see, I lost some links in August. For now, while linkbuilding is definitely import, I’m going to focus on the amount of content first.

In terms of traffic, with no new content published (let’s not count that 1 article), things have stayed pretty much stable. We can see the start of winter season kicking in with a slight uptrend in october. This should be the start of a rise in the amount of traffic up until January with maybe a small dip during the holidays in December.

I could already add Ezoic to the site right now since they don’t have a requirement for pageviews/month anymore. That would instantly generate a small amount of revenue from the visits that I am getting right now but since there is not that much informational content published just yet, I’ll wait with that a bit until I get way more traffic.

The most exciting part of these reports to me are always the revenue parts. So here is the table with revenue/month for Project Alpha;

As you can see, revenue dipped a bit. July was a really good month but something weird happened with one of the most affiliate programs I’m promoting. It’s something I definitely have to look into because the conversion rate has just plummeted and I think there might be something wrong. This would probably also be a good time to take a deeper look at other affiliate programs that might be worth promoting. In the past, changing/testing affiliate programs has been the best way of increasing revenue drastically with fairly little amount of work.

In the end, the Last 12 Months revenue still is at € 819 so that’s not too bad. If you would calculate the value with a worst-case 25 multiple, this site is still worth over €20k.

For project beta, nothing has been done. As in really nothing. This site is just being neglected, like the many others I own and I don’t really plan to change that. I’ll be focussing on project alpha for now and once the team for project alpha has been build out a bit more and less of my time is needed for that project, I might put in some more effort in other projects again.

Didn’t build any new links and even lost a few. That’s when you know a site is being neglected I guess.

Just like with Project Beta, there is a boost in september for the ranking organic keywords which can be attributed to the upgrade of the Ahrefs database. So no big trends to spot in the amount of organic keywords but still ranking for a lot more in top 10 positions (and top 100 positions in general) compared to last year.

Traffic has just been stable. Compared to last year, october was still a little bit better but I wouldn’t be surprised if the coming months will be worse than last year in terms of organic traffic.

As you can see, revenue is really bad. Just like with Project Alpha, there is definitely something wrong with the afilliate program I am promoting. While at first, I thought it might be a problem with their low stock during low-season months, that’s not the case anymore now and they are just not converting at all.

Last year in october this site made € 377,41 and this year only € 94,71 while traffic is around the same level. So definitely not happy with that.

So whenever I look into the affiliate programs for Project Alpha, I might look into the one for Projet Beta as well and look at the options to test with other programs.

So that’s it for this report. While it may look as not much has been done, things are being set up for Project Alpha and I’m really excited to see this project taking off the proper way to achieve the goals of a 5-figure revenue per month.