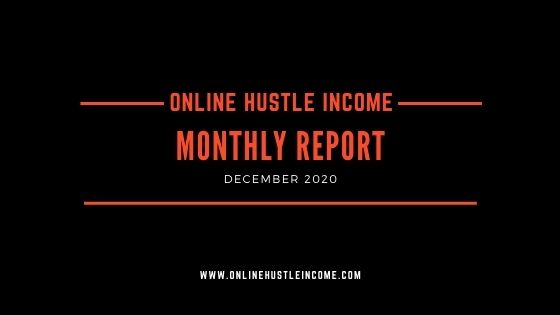 Last month of the year, let’s just hope the world returns to normal in 2021!

In december, I haven’t touched any of the 2 projects so I don’t have that much to show except for their performance.

No content has been added. And that’s all there is to say honestly.

Oops, a (very) small drop in referring domains there. This graph doesn’t really look like how it is supposed to look.

No linkbuilding has been done so a small drop was to be expected.

What is even more worrying about the small drop in referring domains is the steady decline of the total amount of ranking keywords. Fortunately the amount of keywords on page 1 stayed stable.

This site is just begging for more content and some more links and has so much potential though.

A drop in referring domains, a small drop in total ranking keywords… with the obvious result of a (small) drop in organic users..

While the drop in traffic, rankings, links… is definitely not a good thing, I’m happy to see that revenue went up. We got € 415,96 in revenue for december and I’m quite happy with that.

I’m working on a bigger plan for this project. I hired some writers on Upwork for another project and once that project is finished, I’ll use one those writers as a dedicated writer for this project. However, that won’t happen in January and maybe not even in February.

No linkbuilding has been done neither, so the amount of referring domains is stable. Nothing special to report.

The amount of ranking keywords kept rising. With the domain getting close to 1 year old, it’s getting some ranking power. Especially the rise of keywords ranking on page 1 is something to be happy about.

November was a really good month in terms of organic users for project beta. In december we broke that record and did even better. Just like that, we got over 1.500 organic users in december.

By now, I have an email list with 314 contacts in Mailchimp. I still haven’t done anything with this. I’m planning on getting an ActiveCampaign subscription for another project. Once I get the hang of ActiveCampaign a bit, I will probably just export the contact of Project Beta from Mailchimp to ActiveCampaign and work out a decent email flow and some automations.

Well, what’s to say.. This is making me incredibly happy. Winter months (with december & january as the most important ones) are expected to be the best months for this project.

With barely any investments, 2 weeks of dedication to write most of the content and months of just waiting… That’s not bad at all. If the revenue of this project now stays stable the next coming months, I could easily sell this site for €15.000

However, I do expect the revenue to drop over the coming months. I’m hoping to minimize the drop in revenue by ranking higher.

So in summary, the drop in rankings & traffic for Project Alpha is making me a little bit worried. But by adding extra content and links, I’m convinced it can rise drastically.
All in all, I’m happy with the revenue both projects have made and I can’t wait to see what 2021 will do with these sites.