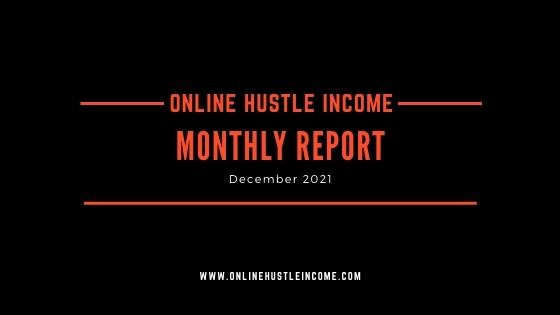 December definitely is not one of my favorite months of the year. At least not in Europe. Dark & cold days often makes me feel depressed. However, usually it is one of my better months to get work done.

December 2021 wasn’t any different. A lot of work has been done, especially for Project Alpha. Besides my own portfolio, I have been busy with client work and with preparations & administrative work to set up a new company in Bulgaria.

My goal at the start of the month was to publish 50 articles, that’s nearly 2 articles/day. I’ve had all these articles written and ready to be published so I had to catch up a bit with my writers.

I’m happy to report that I managed to publish exactly 50 articles during december. That puts the total article count to about 120 articles now. I would like to have 1000 articles published by the end of the year but that’s a really ambitious goal though.

Right now, I have about another 70 articles ready to be published since in January barely any new articles have been published so I have some catching up to do.

I kind of underestimated the amount of time it takes to upload an article. Finding images, creating affiliate links, adding comparison tables, formatting the content, inserting internal links… it all takes some time. I’m working on a solution to that, so that I won’t be a blocking factor anymore in getting articles published.

By now, 1 big category of this site has been covered. It’s probably a bit too soon to evaluate results of this particular category but I’m seeing some mixed signals. Most articles are struggling to get indexed and aren’t ranking as good as I was hoping for. At least for the articles that have low competition and are published at least a month ago, I kind of expected to see at least some rankings by now.

I guess I’ll have to be a bit more patient.

The guest posts I bought on Black Friday are all live now. Again, probably a bit soon to really evaluate the effect of the extra links on the results but so far, I have not been blown away by their effect. The coming weeks and maybe even months, I’ll focus mainly on content and maybe a few directory links.

There was definitely a nice increase in the amount of organic keywords in December according to Ahrefs. However, I feel like this has more to do with another database update than actual that much of an increase in ranking keywords. Sure, the website is ranking on more keywords since 50 new articles have been published during the month so there’s some truth in that. But I’m seeing similar results on other sites that had no new content published.

Looking at my rank tracker, I notice quite some volatility and see that Google seems to have troubles to index some articles. Again, we’ll have to wait a bit longer to see the actual results.

This is a graph that doesn’t make me a happy at all. Project Alpha got a few hundred visitors less than the same month in 2020. I know on which pages I lost the traffic though but that doesn’t make it feel any better.

So, definitely have to get back to work seriously to bump these numbers.

As stated in previous monthly reports, I’m not actively working on Project Beta anymore so I’ll just leave some graphs and results below without any further commentary.

Had some troubles with one affiliate network so changed all the links to another program. However, that program doesn’t convert for these products at all. So there’s next to zero revenue. Should definitely change back to the other affiliate network now since they have solved their issues. Just need to find the time to do all this.