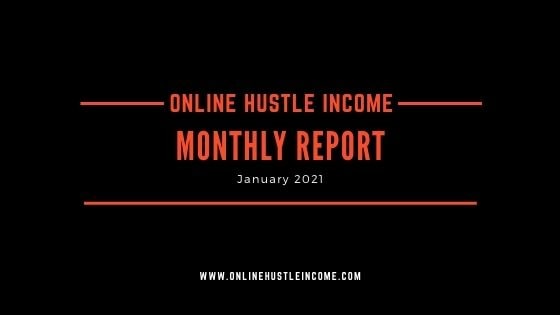 What a start of 2022! Honestly, on a personal level as well as on a professional level, a lot things have happened during these 31 days.

I’m a guy who likes to optimize stuff. SEO, SEA, CRO… it’s all about optimizing. So it only makes sense that I try to optimize my taxes as well.

When I calculated how much I had made in 2021 and how much I’ll get to keep of that revenue, it’s pretty much insane. Belgium is known as a country with one of the highest tax-rates. But as a single person, officially living in Belgium, without any mortgage, children… and not a corporation but just as a sole proprietorship, it makes me wonder why I’m still working. All the advantages that someone living in Belgium has (healthcare, infrastructure…) are things I barely enjoy since I’m spending most of my time abroad.

So things are going to change. I went to Bulgaria at the beginning of the year and I’m currently setting up a business there. With a flat-tax rate of 10% (and low social security etc), I’ll be keeping waaaay more compared to the 60% I’m paying in taxes, social security,…

After my trip to Bulgaria, I went back to Thailand. Currently in Chiang Mai and loving it here. Feels like being back home.

Anyway, looking at my sites, January was pretty insane. Especially Project Alpha did really great in terms of revenue.

While I’m still doing freelance work for clients, I’m having a lot of fun building the team for Project Alpha.

So let’s just dive in this month’s report.

One of the guest posts I bought back in November got published. With a DR of 76 I was kind of hoping that link to have a bigger (direct) impact on rankings. Besides that link, a link or 2 more have been indexed from the package I bought in November.

With a nice starting point of links now, I think it’s time to focus a bit more on Tier 2 links. Links with rather low quality to get some link juice flowing to the pages where I got links from.

In terms of rankings, things are not completely going the way I was hoping for. While there is no massive decline or anything, Google seems to have a hard time understanding what the articles I published are about. At first glance I’d say some keyword cannibalization is happening when looking at the content (and competitors), that shouldn’t be the issue. I’ll just give Google some time to try to understand the subjects of the articles but it’s definitely something I’m going to follow up on.

It is certain that I have some topical authority in one of the categories of the site. New content in that category that gets published, gets decent rankings (fast). The other category that now probably accounts for over 60% of all the published content, is having a really hard time ranking. Another plausible reason I’m thing of why this category might have a hard time is over optimization of internal links.

As expected, a nice bump in organic traffic for January. A much bigger growth than I expected. Most of the growth can be attributed to 1 specific article.

As I was analysing some things in Google Search Console in the first days of January, I saw that project alpha started ranking for a keyword which got a really high amount of impressions. My current ranking was at the bottom of the first page. The page wasn’t optimized for the keyword at all so I quickly wrote an article myself specifically for this keyword. The keyword was a product so I wrote a product review for it.

The fact that the keyword got that much impressions (even though no/barely search volume according to Google Keyword Planner/Ahrefs/…) indicated this was a trend. Maybe the product got some attention on Television or a big online campaign or something. I did some research for this but couldn’t find anything happening online so I assume it’s some TV commercial or something. Either way, I soon started ranking first for the keyword and saw some really nice numbers of traffic (and sales) coming in.

At the time of writing, other affiliates have jumped in on the trend but I’m usually ranking first or second. There is a decline in traffic though but that’s more likely because the trend itself is declining and because more search ads are popping up these days.

Well, I’ll just let the numbers speak for themselves:

On an operational level I made some changes in the team structure. For a few months I did a content sprint, creating a lot of content with 1 editor/content manager, 2-3 freelance writers I was working with directly and a bunch of freelance writers on Upwork and even using content farms.

Going forward now, I’m working more closely with the editor/content manager who will continue working part-time writing and uploading content. Another part-time writer who will focus solely on writing content and doing online research. Soon, a virtual assistant will join the team as well to help the writers/content uploader and doing some tier-2 linkbuilding. We’ll see if this a step in the right direction as I’ve found managing a team, and making them do things as how I would do them, more difficult than actually doing the work myself 😉 But happy and excited to learn more about managing a team.

As stated before, I’ll just share the number without much more remarks as I’m not actively working on this project at the moment.

The one thing I did in January was trying to do something with the email list. Since January is supposed to be one of the best months for this niche, I wanted to see if I could monetize the email list which has grown to over 1.200 subscribers over 2021.

So I created an email to sent out with Mailchimp and after a few mails had been sent, I got banned from Mailchimp. No option to file a dispute,… Mailchimp didn’t like something in the email and just told me to find another provider.

A few days later, I did migrate to a (paid) subscription on ActiveCampaign, imported the contacts, recreated the mail and sent it out.

Results were next-to-nothing. Barely any clicks, no sales to the affiliate offer I talked about. A lot things that can be tested next time;

I don’t care that this email didn’t make any sales. What I do care about is the mistake I made. When switching to ActiveCampaign, I didn’t think everything through enough (I was in a hurry because I still have freelance work to do as well). Apparently, I had my personal name as the (sub)domain where my campaigns are hosted.

I asked the audience to answer the email in case they would be interested in creating a facebook group to share experiences/tips/… amongst each other. By the way, letting your audience answer an email, improves your spam score, helping to end up in the inbox more rather than the spam-folder.
Anyway, the reply-to emailadres was something like: *persona-name*@chesneyvanroy.activehosted.com. Not only that, also when people wanted to change their subscription preferences, that would happen on a domain like ****chesneyvanroy.activehosted.com or something alike.
This mistake is not the end of the world but still… it made me a bit nervous.

Here are the numbers for last month:

One remark: still haven’t changed the affiliate links. So quite some potential revenue got lost here.