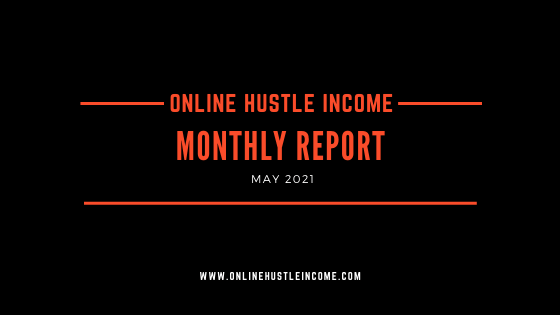 And so May has passed. It has been an interesting month. Even though, I didn’t expect that much in terms of revenue for both Project Alpha and Project Beta, Project Alpha did do really really well.

Finally, I also found the time to build a few links for both projects but the result of these still have to kick in so I’m looking forward to that.

Anyway, let’s dive in a bit deeper in both projects.

For Project Alpha, quite some things have been done. Even though the lead-capturing system is still shitty with 1 new lead in the whole month. So something definitely has to be changed about that. I’m not really sure what I should test first. Since the amount of leads is low, there has to be something wrong with the subject/headline of the lead-magnet or it might not get enough eyeballs to actually lead to downloads.

However, I feel this lead-magnet thing still is not my biggest priority for this project. Right now, I believe more content and linkbuilding is more important.

So, in May, I published 3 money pages. These pages have a rather high word-count with 2000 – 4500 words each. On top of that, I published 1 smaller informational article.

As you can see in the Ahrefs graph above, I build some links to Project Alpha during May. I’m still keeping it relatively safe and slowly but I’d like to keep up this pace of building links. I might build a few more in one month and a few less in another one but it feels good to gradually up the amount of referring domain and gaining some trust.

In May, I started ranking for a few more longtail keywords but they seem to be lost again by the end of the month. The new content that has been published should start to gain some traction soon though. By now, I actually started using another rank tracker (serprobot.com) to keep track of the rankings of some of the most important keywords.

Traffic has been up by quite a bit compared to April. I didn’t really expect this since in May, things started to open up again in the Netherlands after a rather long (semi?) lockdown because of the pandemic.

However, in terms of traffic, the winter months will definitely be better. And revenue as well obviously.

Once I hit the 10.000 pageviews/month, I might consider adding Ezoic for ads which has way higher Revenue Per Mille than Adsense to create an extra stream of income. For now, I haven’t reached their minimal treshold of 10.000 pageviews/month and I’m not convinced that Adsense would bring in enough revenue for the lower pagespeed and worse user experience that comes with serving ads to visitors.

Well look at that! A record month in terms of revenue. And it did not beat the previous record by a bit but rather massively. Project Alpha even broke the €1.000/month for the first time and with quite a bit to be fair.

Now you obviously might wonder what happened. So here’s the deal. A big portion of all the traffic Project Alpha is getting, is the result of 1 (money) page. And that one page just wasn’t monetized good. The affiliate program I use for this page, changed from affiliate network. However, I never bothered to change the links. With as result that most of the links were redirected to a different product.

So in the beginning of May, I changed network and fixed the affiliate links. This little change alone, led to an increase of € 952,47. Without this change, my revenue level would be almost the same as before. This just shows how small changes can lead to huge increases in revenue. I certainly left a lot of money on the table in the months before. Especially in January. But then again, I’m happy to be at this level right now.

For the coming month, I’m definitely going to reinvest some of this money into the project. For content as well as for buying some guest posts.

Unlike Project Alpha, I didn’t publish any new content for Project Beta. I did however build a few links with guest posts.

The lead-magnet is still doing a good job. Right now, I have a list of about 850-ish contacts. That’s an increase of about 60 leads/month, or 2 per day, which is way better than I originally expected. Once I’ll be hitting the 1000 contacts, I feel like I really have to do something with that list. I have no experience with email marketing for affiliate websites and I’m genuinely curious what kind of revenue I might expect if I would decide to send out an email to all these subscribers. I might want to do that somewhere around Black Friday or during holiday season or something.

As you can see in the graph, a few guest posts have picked up by Ahrefs. Just like Project Alpha, steadily adding a few links every now and then.

Project Beta got a huge bump in rankings for some long-tail keywords. Even though, these keywords are not bringing in any traffic (yet), it’s definitely a good signal. Next goal obviously is making sure I get page 1 and even top 3 positions for these keywords.

In lines with the traffic trend, revenue is comparable to last month. Definitely not one of the best months but already looking forward to the winter months and seeing where the revenue will be at then.

Anyway, that’s it for this monthly report.