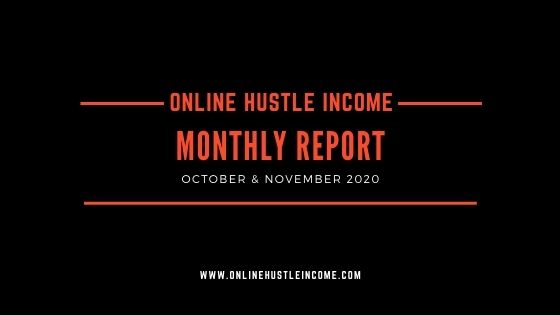 Oops, it has been a while since my last report. With the end of 2020 getting really close, it’s a good time to evaluate.

One of my resolutions definitely is to keep up with my monthly reports. And preferably having something to report about as well 😉

So let’s just dive in, shall we?

For the linkbuilding part, I haven’t built (actively) any links.

Rankings have been climbing but since the start of december, it looks like the climb is done.

The good thing is that, even without doing anything and letting this project age a little bit, organic users are hitting all-time highs.

I truly believe that domain/page age is a seriously underrated factor in SEO. But sometimes, some patience is a good thing.

To me, the revenue part is always the most important part of a report. After all, I’m building sites to make some money.

A nice increase in revenue. Definitely given the fact that the actual revenue is probably higher but it’s kind of hard to allocate some commissions to a certain site for some affiliate programs as I have sites that have some overlap in these niches.

Nonetheless, this increase revenue is a great sign and it looks like we’re going to break the record of monthly revenue again in December.

We’re almost the end of December already and again nothing has done for this project. With still some client work and work for other projects that has to be finished, I don’t expect to do anything for this project.

Once the writer got the hang of my process, I’ll be looking for a content editor. With the content editor, I want to avoid my available time to be a bottleneck and have new content on autopilot.

The only thing I’d be missing then is a decent designer. But I suppose it shouldn’t be too hard to find one as well.

No active linkbuilding in the last months. Acquired one new natural link but it’s a rather worthless one.

More ranking keywords & better rankings in general. I still have to optimize the homepage better for the most important keywords but we are seeing some nice improvements anyway.

Got a huge bump in organic users in October. Since then, traffic is stabilized but I’m not going to complain about that. In October, we got 1.056 organic users, in November 1.283.
Not sure if we’re going to beat that in December though..

Aside from traffic, the email list we got with the lead-magnet has reached 220 contacts. I still haven’t found a way to monetize this list properly. It’s not a big list for now, but keeps growing so I might as well use this list sometimes.

Given the little amount of time & resources that has been invested, the revenue is above expectations.

As the time of this writing, we’re 22 days into December. We already broke the record-month of November in terms of revenue. Spoiler alert: we broke the €500/month!

€ 500/month for a 9-month old project is what I call a succes, at least for the little investments. Give this project some more time and I expect that by the end of next year, this site might generate € 1.500/month.

Just like with Project Alpha, I’m not going to set goals for the month December.

That’s it for now!